Playing Dungeons and Dragons is something I enjoyed as a child. I named my Twitter findingenvirons. My wordpress is findingenvirons1. The name findingenvirons is two words, finding environs. The first initial of each of the two words combined is Fe, the designation for iron. But that isn’t the reason. 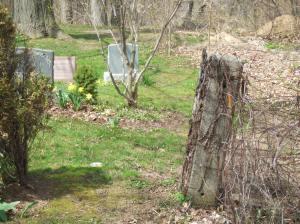 The idea of finding environs refers to mapping. I had a basic nineteen-eighties edition of the game Dungeons and Dragons. As a matter of fact, naming game characters is part of the game, but that’s not the reason for findingenvirons, instead of my actual name or the name of my organisation. The reason is that in 1987, the game company TSR, Inc, published the volume In Search of Adventure, by Aaron Allston. It was culled from game dungeons that had preceded, and remade into an expanded game format for the purpose of playing Dungeons and Dragons. It was fascinating.

In Search of Adventure was about going from the town of Threshold to the city of Specularum. The way through the wilderness between the two dominions was threefold, and fraught with peril. In Threshold there was a merchant named Clifton Caldwell. He had a small castle controlled by monster goblins, and that was an example for the game. Meeting the goblins there was the game.

Another possibility for game play was going to the desert to play in a sand city, which was elaborate and dangerous. The sand city was the long way around between Threshold and Specularum. It was a complex city in the desert, and many hazards were contained within. It provided many hours of play.

A famous tournament among players of the game was provided as well. In this case, the game took place in a forest where witches held sway over a fantastic castle which stood tall into the sky where lived a fabled dragon. The witches’ castle was rife with danger, and the tournament from the mainstay of the game’s popularity could be recreated for fun.

If the game was a success, and the players good at the game, the city of Specularum would be found and the evil guild The Veiled Society would challenge the players. There was intrigue in Specularum, and saving the life of Archduke Stefan was ultimately the order of the day, as the heroic players walked hand in hand with royalty.

These adventures were all in the context of playing Dungeons and Dragons.

So, finding environs to me is safety, and findingenvirons the name of my Twitter, and a year and a half later findingenvirons1 the name of my wordpress. Why the 1? The number one is a homonym to won and my wordpress parallels the idea of finding environs won, for the times the players of my childhood game earned their safety and accolades, in the grand duchy of Allston’s In Search of Adventure book. Some of my best times having fun as a child were behind my cardboard game screen rolling polyhedral dice playing Dungeons and Dragons.

3 thoughts on “The Name’s The Thing: findingenvirons”