Consider that a guideline for reducing psychiatric drugs you take, according to http://survivingantidepressants.org/index.php?/topic/759-tips-for-tapering-off-prozac-fluoxetine/ the website which informs of such a guideline, encourages users of psychiatric drugs to effect a ten percent rule.  The rule is to reduce a dependence on psychiatric drugs by ten percent per month, which is sometimes known as tapering off, to avoid withdrawal, as in feeling adverse consequences from no longer taking the psychiatric drug.  The site I’m referencing is detailing Prozac, which is the oldest antidepressant available, having been prescribed to patients who need it since 1987.

The WordPress Daily Prompt for today is the word, “taper,” and that is why I have looked up the definition of withdrawal referred to by the expression, “to taper,” or, “tapering off.”  I don’t take Prozac, but I have occasionally in my adult life been prescribed antidepressants, usually because work type stressors were bothering me and I needed some extra strength.

Friday afternoon a friend of mine of about twenty years gave me a phone call, and in the course of the conversation, he mentioned that depression concerns are overwhelmingly detrimental to members of the workforce, who run afoul of them constantly.  I had some idea already this is true.  I’m not on medication for depression and at the present I don’t suffer much depression, but my friend does, and he’s been with the same employer for what I think he said is twenty-nine years, and for several months now he’s been avoiding working owing to his problem with depression, and being paid seventy percent of the wages he would get if he wasn’t bringing up his depression to his bosses and continuing to work.  He said the situation is tolerable.

He doesn’t blog, but he takes an interest in both Facebook and in Instagram.  I’m not on Instagram, but the gentleman and I share our friendship together on Facebook, and he is an unabashed anti-social, which leaves me feeling that he is more interested in toying with Facebook than he is in any sustained effort at a BFF kind of relationship (“best friends forever”).  He’s a lot older than me, and that’s fine.  We’re just not having a bromance together.

I feel a little bad for him, that he’s kind of tanking, but at least he’s bringing home most of his wages, and he’s responsible and doesn’t waste his money or other resources.  He’s a gentleman with a dog, who I suspect is his true best friend.  Dogs are lovely animals, and sometimes fill the role of a guardian, and I know his dog is dear to him.  I wouldn’t tax him to give me more of his energy, particularly as he is telling me when he does talk about his depression, and I respect his right to manage his life the best he can without unduly aggravating his state of mind.  For everyone, life’s a hard journey.

I don’t particularly want to go down the same route in life as he has gone.  I try to work smart, and I use medication to better my performance, rather than to make work bearable.  I enjoy working, I’m “Type A.”  I just feel that pacing yourself is a better strategy than struggling day after day with an enormous workload that results in ailments such as depression, and other kinds, too. 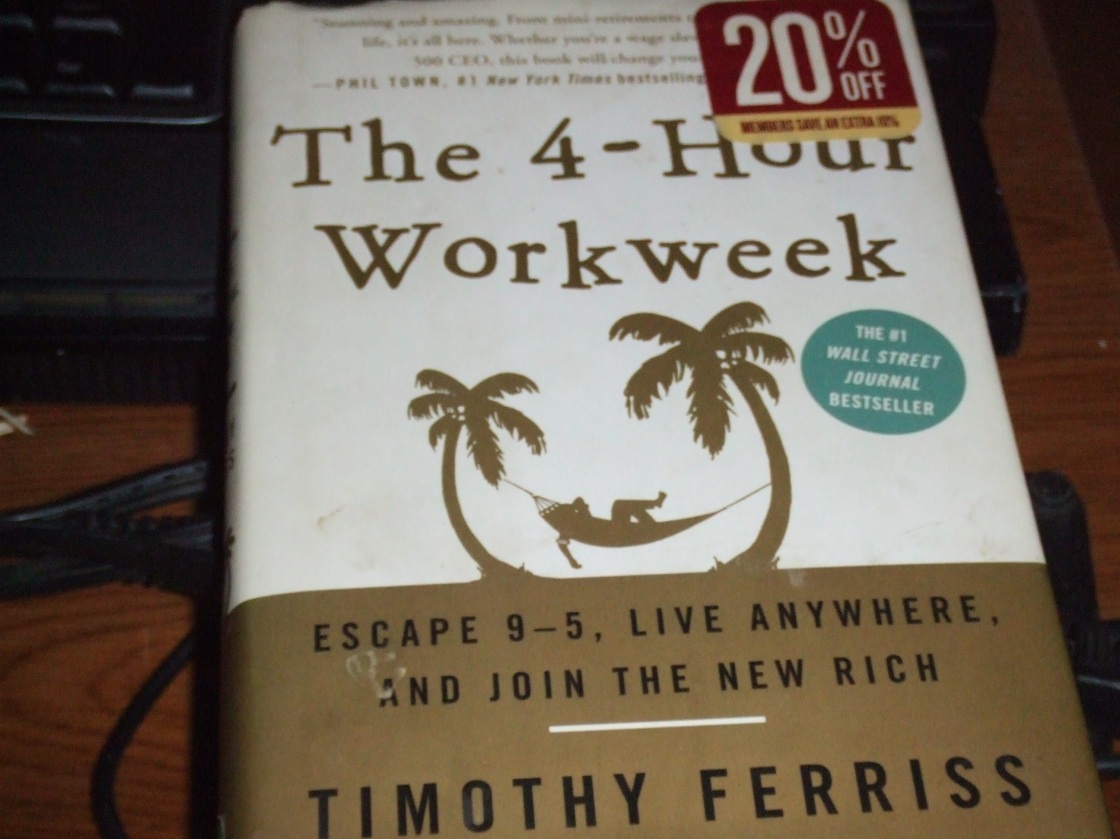 I just thought I’d bring all this up when I saw what today’s WordPress Daily Prompt is.  All I’m doing here is posting an example of what I am encountering in my day-to-day life and I am not offering advice or recommending you change, even though I suspect if you are on psychiatric medication and you want to stop taking it, you should use a guideline, not unlike the ten percent reduction rate.  If you feel some comfort in reading this post, feel free to, “like,” “comment,” and/or, “follow,” so I know you’re out there.  I wish you well, and if you are suffering from a psychiatric malady, good luck with your recovery and with a better future.