five best books you’ve ever read, and a song

the stranger, by Albert Camus
killing an Arab the cure

a gentleman deals with the death of his mother. killing an Arab might have been the first single put out by the cure. i am sure the cure were inspired by the stranger when they wrote this song, which, despite its theme of “killing” is not a song about hate

in the future, a man from lands outside civilization tries to come to terms with how people are living. chrome injury is a song from the church’ first record, a new wave record entitled of skins and hearts

bonfire of the vanities, by tom Wolfe
a well-respected man the kinks

an accidental hit and run are the minutes that serve to ruin a rich man’s life. a well-respected man tells the story of a man whose desires are controlled by his need to fit into “normal” society

one flew over the cuckoo’s nest, by Ken Kesey
ballad of Dwight Frye Alice cooper

a rogue goes into an insane asylum rather than face jail time. Alice cooper’s song ballad of Dwight Frye from their first album love it to death is on a similar theme, about a deadbeat dad who gets locked up

Zen and the art of motorcycle maintenance, by Robert Pirsig
born to be wild Steppenwolf

a man “throws away his wristwatch” and travels the united states. born to be wild by Steppenwolf is identifiable as being about that same kind of thing

In December my brother and his wife and kids gave me an unusual gift, a puzzle celebrating The Beatles’ music on The White Album.

The puzzle is unusual mainly for the fact that the cover of The White Album is entirely the color white, which makes the puzzle an exercise in assembling puzzle pieces all the color white.  It is as if the wrong end of a game of chess game came down on you.

I have ten reasons I’m suggesting that success like what The Beatles enjoyed is actually a weak link in terms of what it means for individual success and how it is misleading.  Four are presented here. 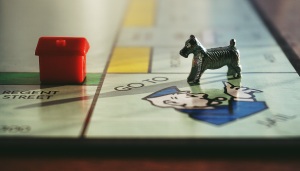 Photographer:
Suzy Hazelwood MONOPOLY FOR MILLENNIALS MAKES NPCs CRY The YouTube channel Geeks + Gamers fascinates me.  When Jeremy announced that he had fallen prey to a phishing spoof six weeks ago, I wanted to describe the problem in this post.  Jeremy was distracted at the moment and made a rookie error, surrendering control of Geeks + Gamers for seventeen minutes until he could get it back in order.  A second oversight occurred, when Jeremy neglected to secure his Google AdSense funding for the channel after the spoof.  When he realized that an entire month’s worth of  monies designated for Geeks + Gamers was stolen, he finally revealed what happened:  My YouTube Channel Was Hacked, Money Lost – Learn From My Mistakes  I’d been paying attention to Geeks + Gamers because I feel it protests and dissects conventional scholar on media.  The Geeks + Gamers team typically tackle major film projects like the DC universe on film, or more often the Disney Star Wars trilogy, as though the success, usually financial, of studio film output speaks to the conclusion that if a film is not fun, that if it doesn’t “work” in terms of being appealing to an audience, the film is not so much a radical success as it is a weak link.

All this keeps me quite rapt about what this YouTube channel is saying about the Star Wars films–Geeks+ Gamers plays a role in backlash concerning the Rian Johnson Star Wars film The Last Jedi.

I was amused by The White Album puzzle game I got from my brother and his family.  I am also grateful for the opportunity to share these opportunities.  I am glad if you have read this.  You’re welcome to “like,” to “follow,” and/or to comment.